Can’t find what your looking for ?

Year 2 had a wonderful time celebrating Chinese New Year. We enjoyed a delicious Chinese meal from China Red, sampling noodles, ribs, prawn crackers, sweet and sour chicken, rice and won tons. Some of us hadn't eaten Chinese food before and we thought it was DELICIOUS! We began our meal by greeting one another with 'Happy New Year' - 'Kung Hei Fat Choi!'

Following our Chinese New Year celebrations, we watched lots of informative videos, shared some non-fiction texts and used an online tool, Espresso, to gather information about the celebrations and Spring festival to produce a non-chronological report.

We also learned the story of 'The Great Race' which is how the Chinese calendar was invented, with each year being named after a different animal which took part in the race. 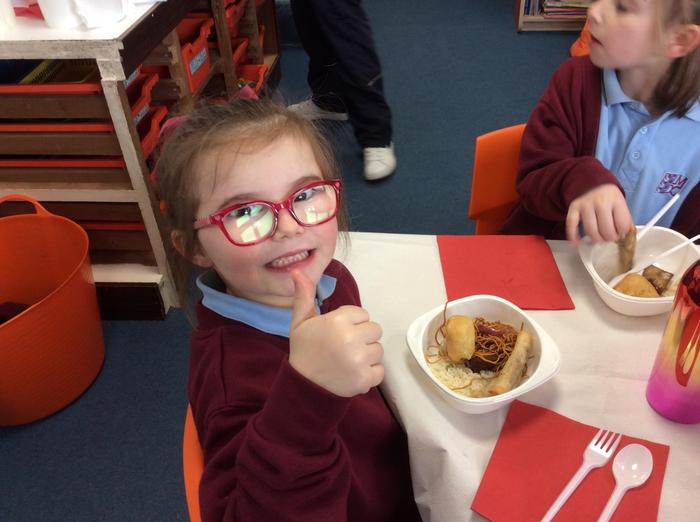 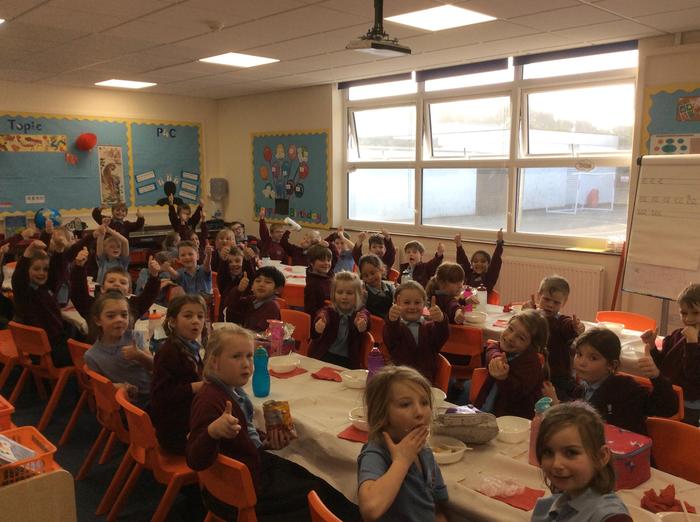 The Great Fire of London

We have had a fantastic start to the year in Year 2. We began with a new  topic on ‘The Great Fire of London.’ We pretended that we were on a flight to London! We were given boarding passes and watched an in-flight video about London before we took off!

We mind mapped what we already knew about London. We found out why London is a tourist attraction. We used our research skills to find out facts about Buckingham Palace and created a poster to encourage people to visit the Palace.  We looked at some other important London landmarks. We asked questions and made observations about the photographs. 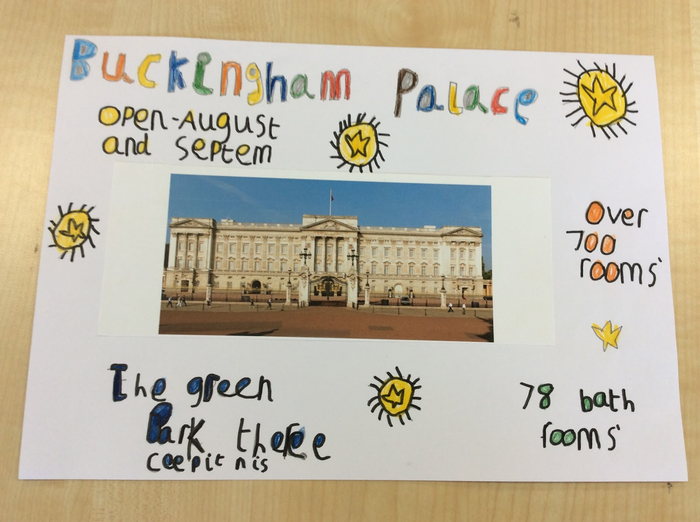 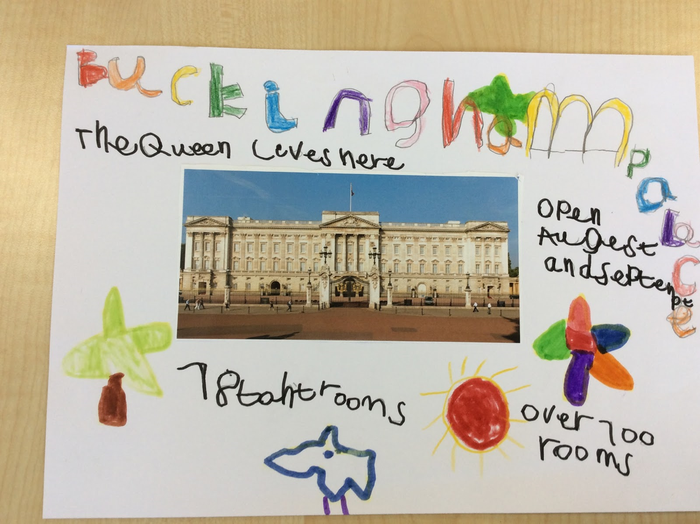 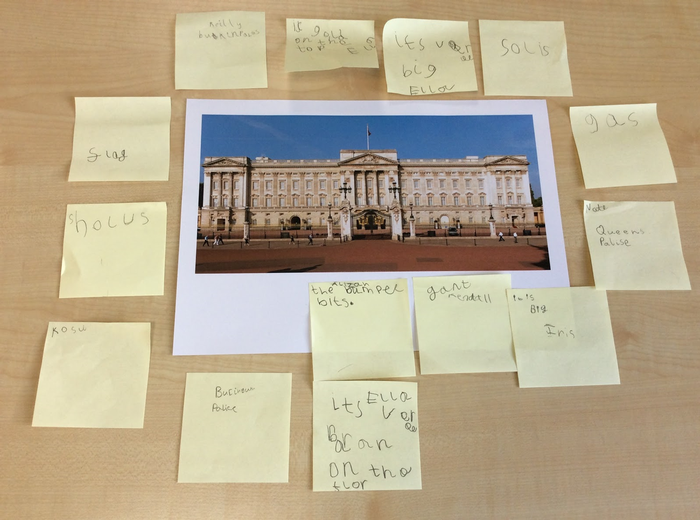 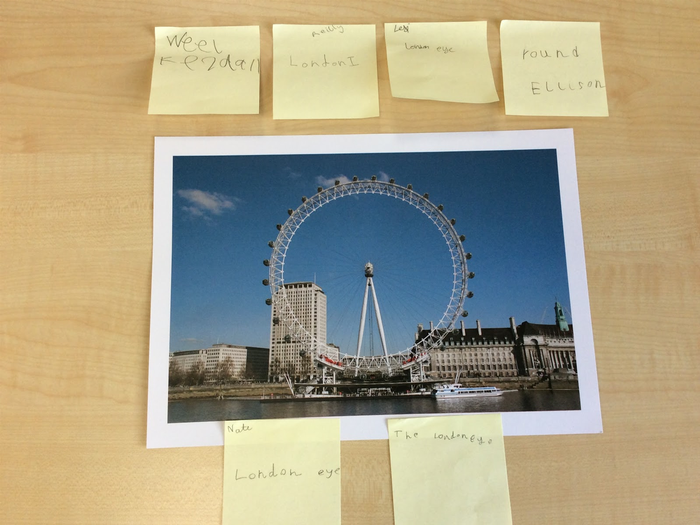 We found out about what London was like in 1666 and how it is different to present day .

We wrote questions of what we would like to find out more information about.

In Art we found out about the Primary Colours and then mixed them together to make Secondary Colours. We used our colour mixing skills to paint the background for a scene showing the Great Fire of London.

We found out about what houses looked like in 1666. These houses were called Tudor Houses. We designed our houses and made them.

We visited the Fire Station to find out how fire fighting is different today than it was in 1666. The firefighters showed us the equipment they used and the protective clothes they wear. 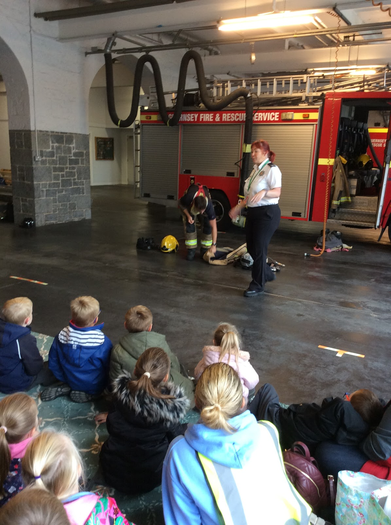 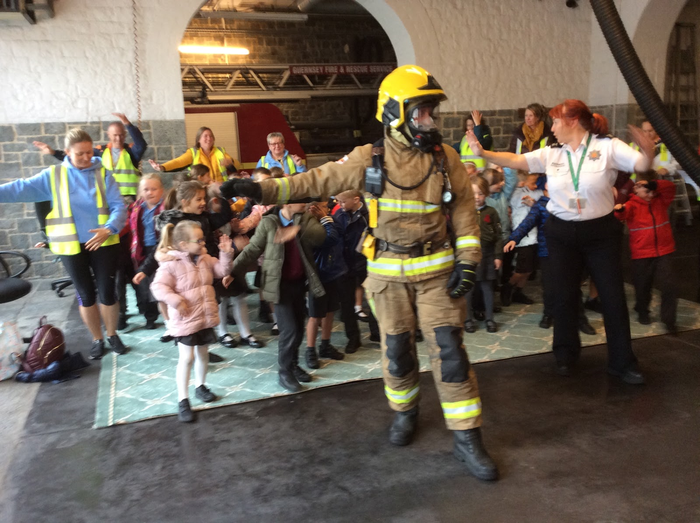